Convicted “Pharma Bro” Martin Shkreli has been ordered to return $64 million in profits his company made by inflating the price of a life-saving drug, a federal judge in New York ruled on Friday.

Shkreli, who is currently serving a seven-year prison sentence for securities fraud after he was convicted in 2017, is also barred from ever working in the pharmaceutical industry again.

US District Judge Denise Cote handed down the ruling on Friday, ending a weeks-long civil lawsuit brought against Shkreli by the Federal Trade Commission and seven states.

Shkreli, who is currently behind bars at a low-security federal prison in Allenwood, Pennsylvania, became one of the most-hated executives in America.

In 2015,Shkreli’s company, Turing Pharmaceuticals, acquired the rights to Daraprim, a life-saving drug that is used to treat infections that occur in patients suffering from cancer and AIDS.

According to court papers, Shkreli said at the time that the move “should be a very handsome investment for all of us.”

He defended the decision as capitalism at work and said insurance and other programs ensure that people who need Daraprim would ultimately get it.

The increase left some patients facing co-pays as high as $16,000 and sparked an outcry that fueled congressional hearings.

After Shkreli’s conviction in 2017, he had his bail revoked for offering his fans $5,000 for a strand of Hillary Clinton’s hair.

The FTC and the states accused Shkreli of creating a “monopolistic scheme” that enabled him to inflate the price of the Daraprim by some 4,000%.

“This strong relief sets a new standard and puts corporate leaders on notice that they will face severe consequences for ripping off the public by wantonly monopolizing markets.”

Last month, Vyera and its parent company, Phoenixus, were ordered by the FTC to pay up to $40 million to compensate victims of the drug price hike.

The two entities must pay $10 million up front. If their financial condition improves over time, they will be required to hand over $30 million spread out over 10 years.

Last summer, a group of activist investors failed to wrest control of Pheonixus from Shkreli, who owns a 44% stake in the company.

Shkreli managed to exercise his voting powers from prison and thwarted an attempt to replace those seen as his cronies on the company’s board of directors.

Although the “Pharma Bro” was technically forced to forfeit the shares by a Brooklyn federal judge as part of his punishment for scamming investors, he is still able to use the shares to vote on company matters until they are reassigned.

A federal judge in Manhattan ruled last summer that Shkreli’s stake should be liquidated in order to pay off his debts, but a court-ordered receiver who would take control of the shares has yet to be appointed.

Shkreli’s stake in the company is estimated to be worth some $7.5 million. 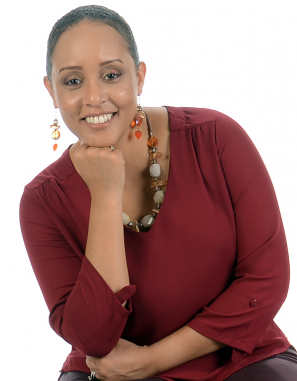 Meet Jacqueline T. Hill (www.jacquelinethill.com) the Publisher & CEO of The Living Acts. This site provides stories that give expert and personal advice, and educates communities to thrive, grow and heal in the areas of faith, relationships, and small business. It also covers news on the latest best-selling books in fiction and non-fiction. The Living Acts now has over 80K newsletter readers. Check in daily to catch the latest news for your self-growth and self-development in your faith-walk, relationships and small business. She is all too familiar with the world of newspapers. Working for a 500 company in the newspaper industry would afford her the opportunity to learn the art of journalism, direct sales marketing and advertising for a readership of over 2 million people with gains of more than $5 million in sales. A few years later, she began The Living Acts online news.